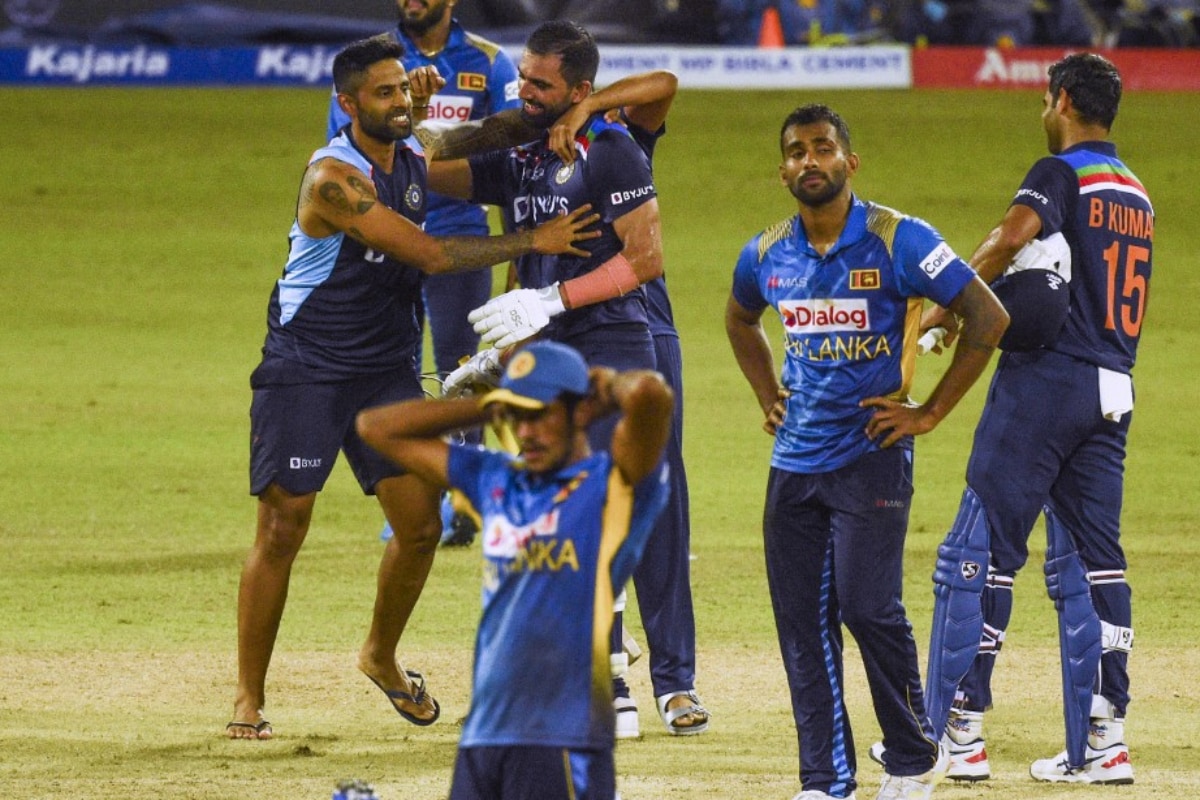 Deepak Chahar was the wrecker-in-chief for India as the team steamrolled Sri Lanka in the second One Day International of the three-match series. Halfway through the second innings, the chances of the Indian team making a comeback in the match, let alone winning, were extremely bleak. However, Chahar showed his exceptional batting skills as he steered India to a memorable victory by three wickets.

With a win in the second ODI, the Men in Blue have also been successful in clinching the three-match series by 2-0. Chasing a target of 276 runs posted by Sri Lanka, India were down and out at 193 for seven. However, Chahar brought the team from death by playing a remarkable knock of 69 runs.

Chahar, along with Bhuvneshwar Kumar, stitched an 84-run stand for the eighth wicket to finish the chase successfully. The seamer’s knock of not out 69 off 82 was the second-highest score by any Indian batsman batting at number eight in the 50-over format.

To celebrate Team India’s iconic victory, Chahar shared a few heart-melting pictures on his official Instagram handle. The pictures shared by the bowler were the memorable moments from the second ODI when the other Indian players ran into the match field after Chahar hit the winning runs. The 28-year-old also shared snaps of his batting. “We play for these moments,” the Agra-born wrote as the caption.

A few hours later, Chahar made another social media post on Instagram to thankthe cricket fraternity for all the love and warm wishes. The right-hander shared the clip of him hitting a boundary on the first ball of the last over to successfully complete the run chase. Along with the video, there were two pictures, too, which showcased Chahar celebrating the moment with his partner Bhuvneshwar.

Chahar captioned the post, “I will never forget this moment. Thank you so much for your wishes, means a lot.”