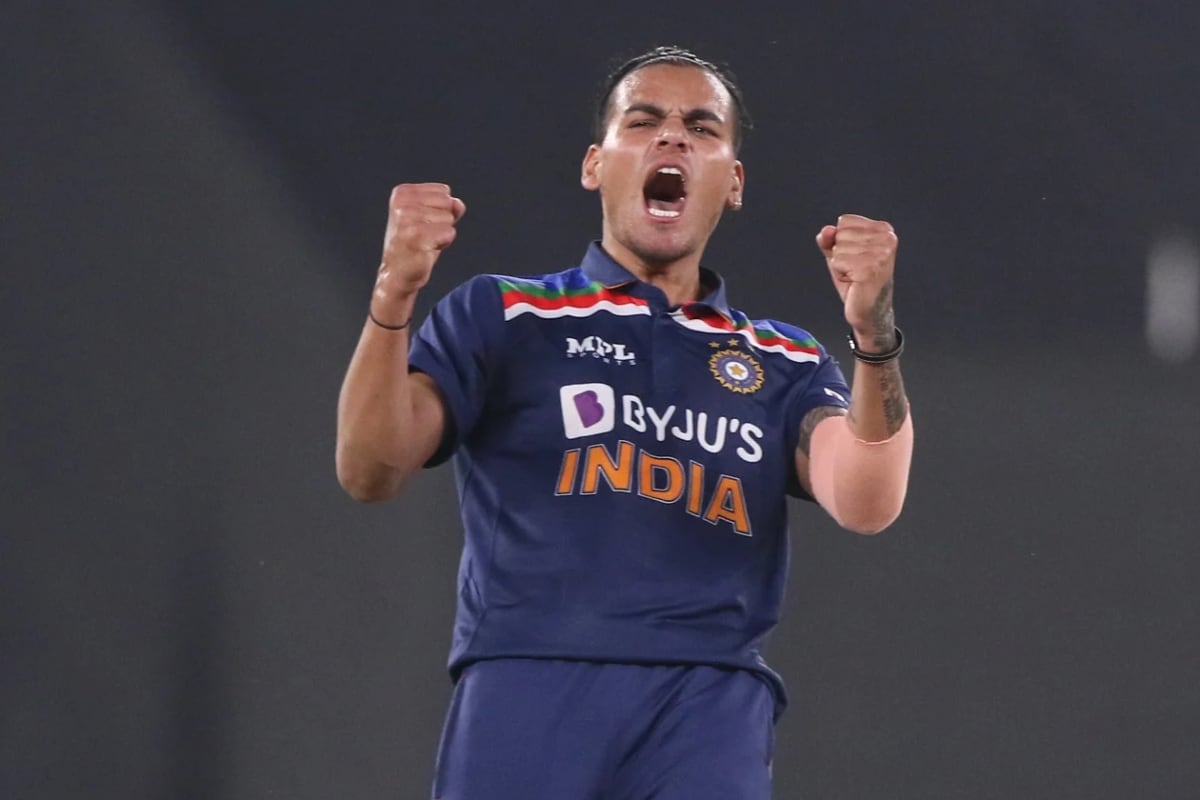 Chennai: Former leg-spinner Laxman Sivaramakrishnan is impressed by the positive attitude and variations of young leggie Rahul Chahar and said he will keep an eye on his performance during the white-ball series in Sri Lanka. The 21-year old Chahar, who has played three T20Is for India, was named in the ODI squad for the Sri Lanka series and might make his debut in the 50 over format in the upcoming three-game series, beginning on Sunday.

India vs England: No Additional Players to be Sent After Covid-19 Positive Cases in Team – Report

“Rahul Chahar seems to be a very attacking bowler. His body language is good, he has got all the variations. He doesn’t mind getting hit. He doesn’t get perturbed if he has gone for a four or six. This is something I like,” Sivaramakrishnan told PTI. Asked about the qualities of Chahar, Sivaramakrishnan pointed out “his positive attitude, line, and length, variation of pace, his ability to try and get a batsman out.”

“In the middle overs, you have to get wickets otherwise batsmen will take you for runs towards the end… That’s why he is making a big difference for MI by picking up wickets in the middle overs,” he said of Chahar, who plays for Mumbai Indians in IPL.

“He is a new commodity like Varun, so nobody knows the variations that he has, how he sets up a batsman, how he is going to bowl.”

Sivaramakrishnan, who would be doing commentary for the India-Sri Lanka series, said he was looking forward to seeing the spinners perform in the series.

One of the stars of India’s triumph in the World Championship of Cricket tournament in Australia in 1985, Sivaramakrishnan feels the series will also be a good opportunity for mystery spinner Varun Chakravarthy.

“He (Varun) has to play and prove himself. Luckily he is getting a break against Lanka, who have not done well in the recent past. So they won’t be high on confidence,” he said.

“With the right guidance and the right strategy set up for Varun, I think if he does well against Sri Lanka that will also give him confidence.”

Eyes will also be on senior spinners Kuldeep Yadav and Yuzvendra Chahal, whose fortunes have waned of late with a series of below-par performances.

“They have been around for a long time, I get a feeling that a lot of people have analysed their bowling styles and are playing them much better these days,” Sivaramakrishnan said.

The former India spinner feels Kuldeep, who has 170 international wickets from 91 games, needs to keep adding variations to his bowling.

“You have got to keep adding variations to your bowling every year, every season. When you saw Shane Warne, (Muttiah) Muralitharan, and Anil Kumble succeed, they developed variations over a period of time, so that they did not get predictable,” he said.

“When you get predictable it gives the batsmen that more chance of succeeding. He knows what the bowler is going to do.

“To be successful as a bowler for a long time, your bowling speeds have to change, your mindset has to change. You have to know where to bowl to which batsmen. All these need to be analysed very very quickly.”

Asked if too much limited-overs cricket was making things difficult for spinners, Sivaramakrishnan said: “I am saddened by that… But do these cricketers aspire to play for India in Test matches or are they quite happy playing white-ball cricket, that’s the big question for me…”

Sivaramakrishnan also said that he would like to see more spinners knock at the doors of Test cricket.

“There are a lot of talented spinners in the white-ball cricket. I would like to see a lot more emerge, …and knock at the doors of Test cricket. We should nurture spinners who can come and take their places (of Test ace R Ashwin and Ravindra Jadeja).

The first ODI between India and Sri Lanka will be aired on Sony Ten 1, Sony Ten 3 and Sony Six and Sont Ten 4 (in Tamil and Telugu) on July 18 from 3 PM.

Sivaramakrishnan will be commentating in English and Tamil.

We lost too many wickets in middle overs, were short by 50 runs: Shikhar Dhawan | Cricket News – Times of India