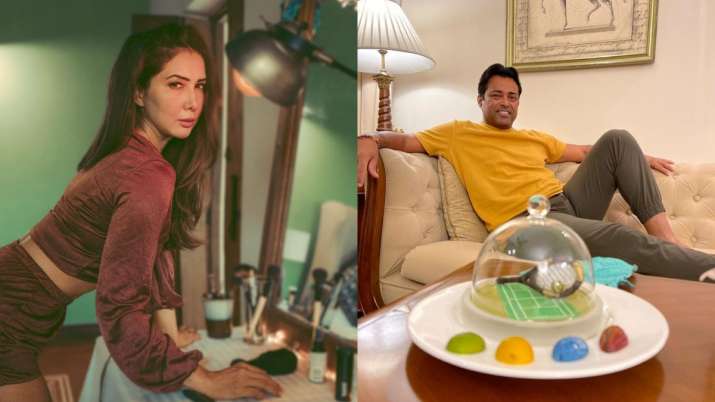 Bollywood actress Kim Sharma, popular for her role in the iconic film ‘Mohabbatein’ is quite active on social media where she keeps on sharing updates for her fans. She is currently vacationing in Goa but not alone! The actress took to her Instagram handle and shared several glimpses from her visit on stories and posts. She even credited “Mr P” for capturing her million-dollar smile. In case, you are unversed about who that person is, he is none other than Tennis player Leander Paes. Not just hers but several cosy pictures of the duo getting clicked have gone viral on social media and sparked dating rumours. More photos were shared by the Goa restaurant Pousada by the Beach, where the rumoured couple enjoyed their meal during their visit.

Not only this, Kim even shared a picture of herself on the photo-sharing application and wrote, “#mood- Mr P x.”

Well, this isn’t the first time the two have caught the limelight as they have many a time been spotted by the shutterbugs in Mumbai. Meanwhile, have a look at some of their pics here:

On the personal front, Kim was earlier in a relationship with Harshvardhan Rane while Leander was earlier married to model Rhea Pillai and they even have a daughter together.