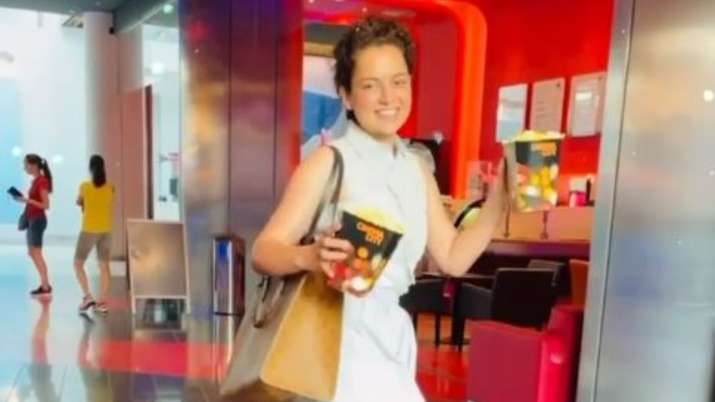 Bollywood actor Kangana Ranaut, who has been shooting in Budapest for her upcoming film ‘Dhaakad’, recently took a break for a day and headed to a theatre to watch Scarlett Johansson starrer ‘Black Widow’. Elated about her movie date after 2 years, Kangana took to her Instagram handle and shared a fun boomerang video on her stories, in which she could be seen holding 2 tubs of popcorn while heading to watch the film. With the post, she wrote, “Popcorn Days are back.”

In the video, Kangana was clad in a white dress with her hair tied up. She also shared a video with her team where she asks them about how they feel regarding returning to theatres. Along with it, Kangana wrote, “After two long years back to theatres for #blackwidow Thanks to my producers for planning this outing for us.” 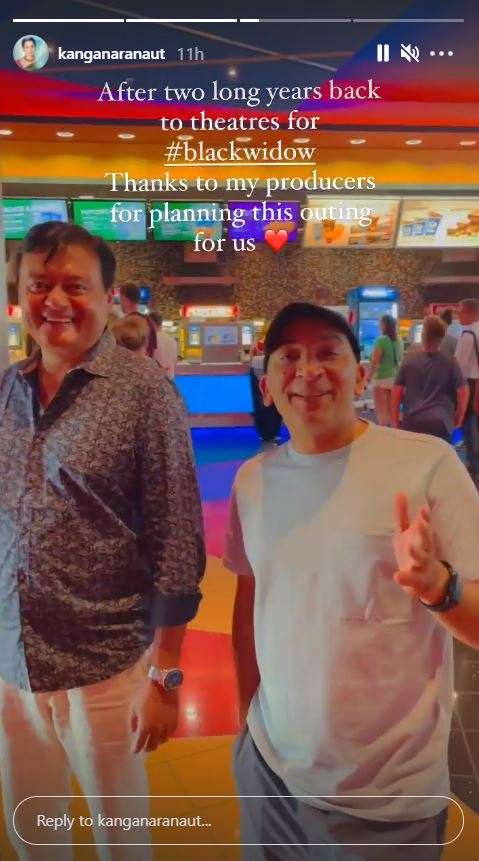 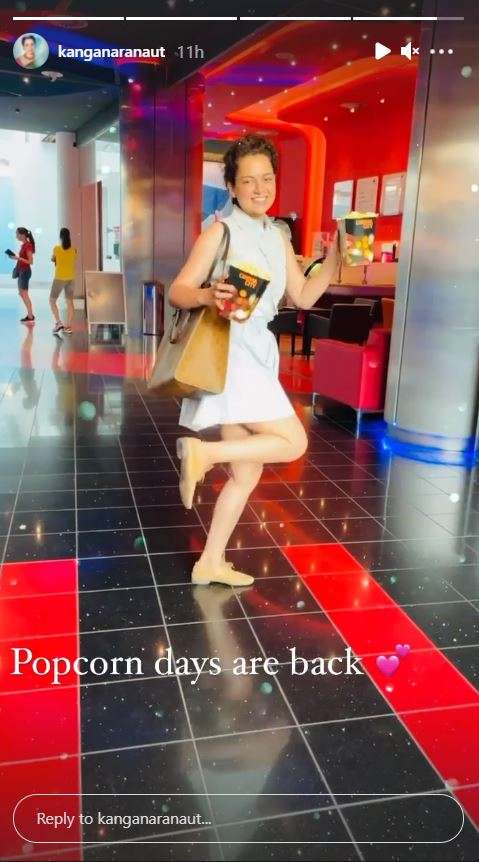 On tuesday, Kangana anniunced that Nawazuddin Siddiqui will star in her first production named ‘Tiku weds Sheru.’ “The best actor of our generation joins team Tiku Weds Sheru… We are privileged to have found our Lion #TikuwedsSheru. Filming begins soon,” ran the announcement caption on the Manikarnika Films Instagram handle, along with a red heart emoji.

The post was accompanied by a black-and-white picture of Siddiqui. Recently, praising Kangana as a very good actress, Siddiqui, on being asked about working with the actress, had said that an official announcement would be made when that happens.

On the work front, she will be next seen in ‘Thalaivi’, which is based on Tamil Nadu’s former chief minister, Jayalalithaa. Other than that, she also has an interesting line-up of films including, ‘Tejas’, ‘Dhaakad’, ‘Manikarnika Returns: The Legend Of Didda’, and ‘Emergency’ based on the life of India’s former Prime Minister Indira Gandhi in the pipeline.

Also, Kangana will debut as a host for the Indian adaptation of the American show ‘Temptation Island’.