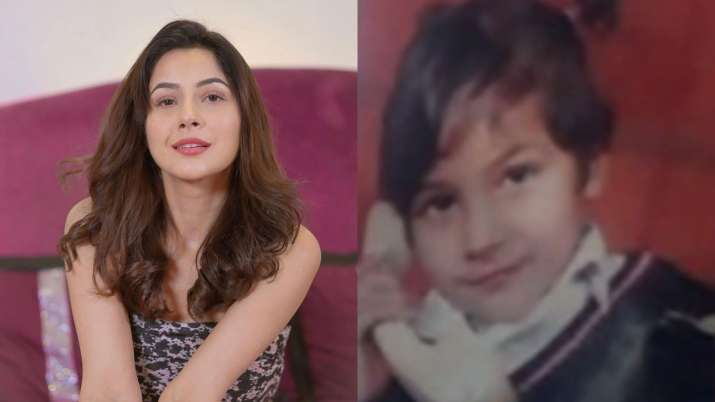 Bigg Boss fame Shehnaaz Gill is an avid social media user who knows how to keep her fans and followers entertained. From sharing fun videos, mimicry videos to fashion photoshoots, Shehnaaz shares varied content on her social media. On Tuesday, the actress took to her Instagram stories and treated her fans with her childhood picture.

Undoubtedly, Shehnaaz looked as cute as a button in this adorable throwback picture. “Lemme call you baby,” she wrote in the caption. 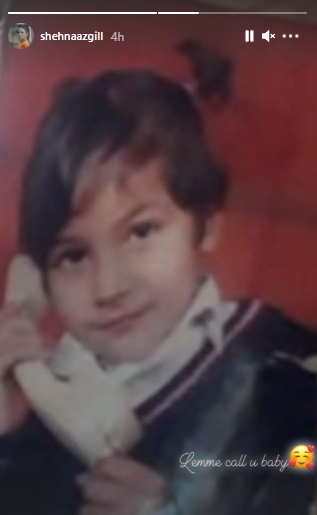 The ‘Punjab Ki Katrina Kaif‘ aka Shenaaz Gill has been ruling the hearts of her fans ever since her participation in Bigg Boss 13.  She has been climbing the ladder of success with each passing day. The actress recently took to social media to share her midnight craving. Well, her cravings were not about munching on some popcorn or chips, but music and rapping.

Shehnaaz took to her Instagram handle and dropped a video crooning to an English song and also rapped on it. Sharing the video, she wrote “Mid night cravings.”

She often shares various dance and fun videos on her Instagram. Check out some of her most popular posts here:

Meanwhile, on the professional front, Shehnaaz wrapped up her Punjabi film Honsla Rakh with Diljit Dosanjh and Sonam Bajwa last month. The actress shot for the film in Canada. It will hit the theatres on Dussehra this year. Other details about the film are still under wraps.