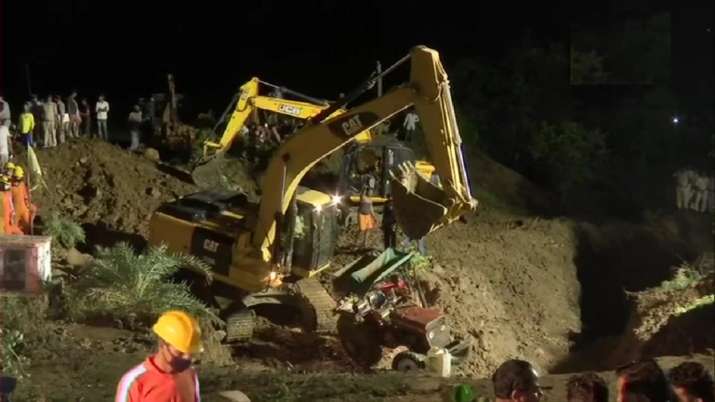 Several people fell into a well while trying to rescue a girl who had fallen into it in this Madhya Pradesh district on Thursday evening, police said. Sixteen people have been rescued and rushed to a hospital. The water from the well is being pumped out, Vidisha Guardian Minister Vishwas Sarang said. No one has been found dead yet, Sarang, who is also the state Medical Education Minister, said.

The operation will take time, the minister, who rushed to the scene following Chief Minister Shivraj Singh Chouhan’s direction, said.

According to locals, the well is around 50 feet deep with a water level of about 20 feet.

The incident took place at Ganj Basoda, about 50 km from the district headquarters. Chouhan tweeted saying a State Disaster Response Force (SDRF) team has been rushed to the spot.

“All I can tell you at the moment is that a rescue operation is on,” District Superintendent of Police Vinayak Verma said.

The girl fell into the well around 9 pm and some people climbed down to rescue her while others were standing on the parapet wall around it to help them, a police official said.

The wall suddenly crashed, throwing those standing on it into the water, he said, adding that several of them were feared trapped under the rubble.

Around 11 pm, a tractor engaged in the rescue operation, along with four policemen, skidded into the well when the area around it caved in, eyewitnesses said.

Chouhan tweeted saying he has spoken to the chief secretary as well as the director-general of police about the incident.

“An SDRF team left for the spot with all necessary equipment for the rescue operation. The Commissioner and IG too have left for the incident site. I am continuously taking stock of the situation and in live contact,” he said.