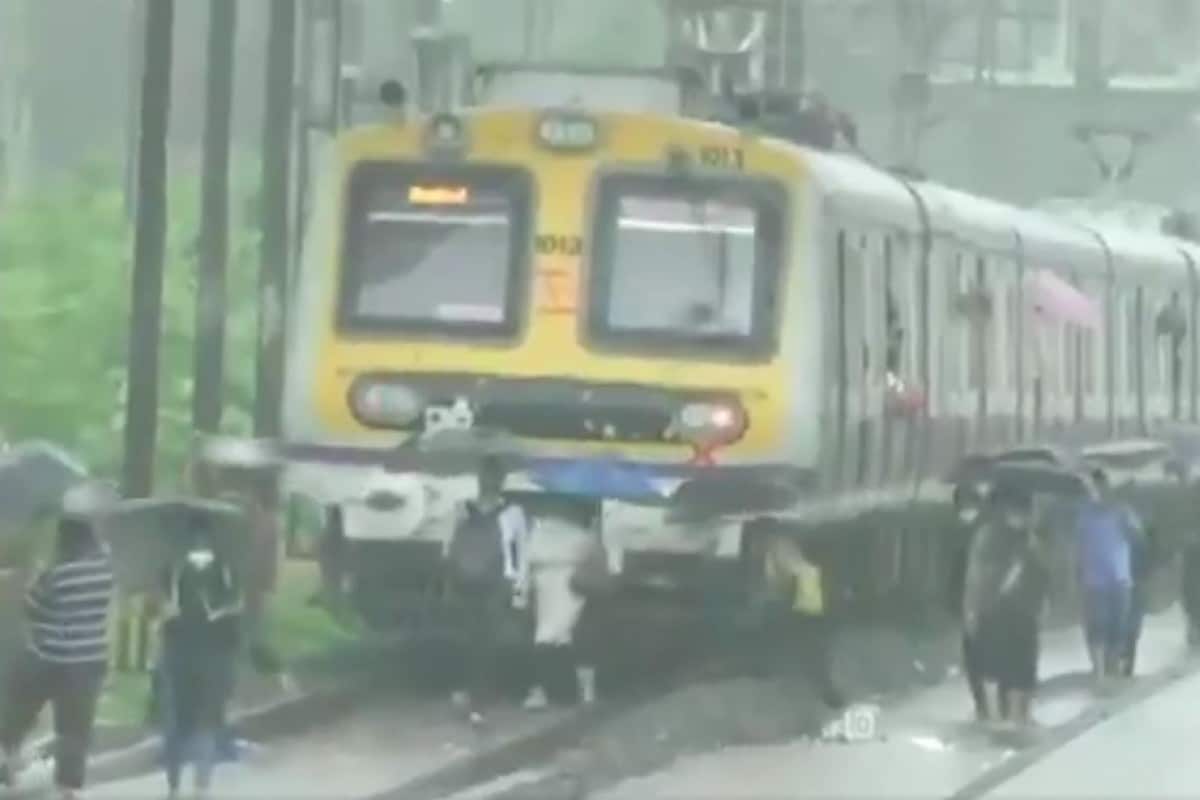 Mumbai Rains News LIVE Updates: Mumbai, Thane, Navi Mumbai, Palghar and other neighbouring regions have been receiving heavy rainfall for the last three hours, leading to waterlogged roads, diversion of buses and delays in local trains. Weathermen have attributed the intense spells to a low pressure area over southern parts of Gujarat and active monsoon surge over the entire west coast of the country, right from South Gujarat down to the Kerala cost.

The Regional Meteorological Centre, Mumbai has predicted “light to moderate rain in city and suburbs with a possibility of heavy rainfall at isolated places” for the next 24 hours.

HERE ARE THE LASTEST UPDATES:

• Buses have been diverted on some routes, including Andheri, Chembur, Sion and Wadala, as rains continue to pour.

• Thane municipal corporation said that a person was injured after a truck overturned near Kopari, Thane on Eastern Express Highway around 2 am amid heavy rains. The injured has been shifted to the nearest hospital.

• The city of dreams saw a whopping 157 mm of rains in three hours taking the 24 hour rain figure to 253 mm, a report by Skymet Weather said.

• The Skymet forecast says a low pressure area is currently persisting over southern parts of Gujarat and monsoon surge is active over the entire West Coast of the country right from South Gujarat down to the Kerala cost. In the wake of these weather parameters, moderate to heavy showers with isolated intense spells are expected to continue over Mumbai and suburbs for another 24-48 hours.

• Efforts are on by the BMC in Hindmata to remove the water using a water pumping mechanism.

What is a Warm Vaccine? How Can India Benefit From It? All You Need to Know

West Bengal: KMC to Launch Token System for Vaccination in Kolkata From July 26