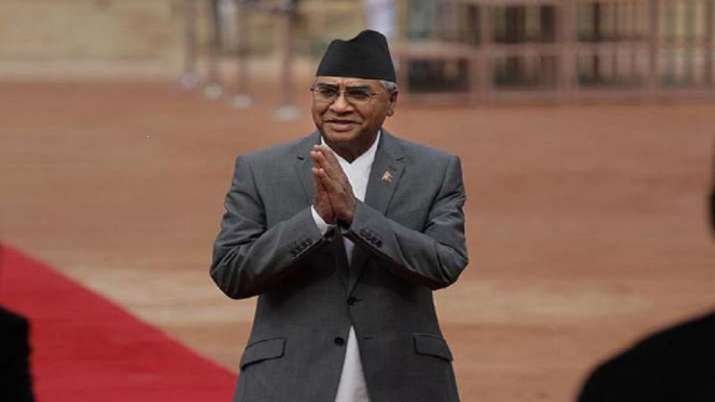 Sher Bahadur Deuba, the newly-appointed prime minister of Nepal, refused to take his oath after he spotted a “mistake”, The Himalayan Times reported on Tuesday. Deuba demanded a correction in his appointment letter which apparently did not mention the constitutional clause under which he was appointed.

After receiving some legal counsel, Deuba sent across a message to President Bidya Devi Bhandari that he will not take the oath until the error is rectified, the paper said.

Earlier on Tuesday, Bhandari issued a notice appointing the 75-year-old Opposition leader as the prime minister in line with the ruling issued by the Supreme Court on Monday. A five-member Constitutional Bench led by Chief Justice Cholendra Shumsher Rana, in its order, had said that Deuba must be appointed the Prime Minister in line with Article 76 (5) of the Constitution.

However, the president’s office didn’t disclose the article under which Deuba is being made the prime minister in the notice.

Previously, Deuba served as Nepal’s Prime Minister four times from June 2017–February 2018, June 2004–February 2005, July 2001–October 2002 and September 1995–March 1997. Deuba is required to seek a vote of confidence from the House within 30 days of his appointment as the Prime Minister, as per the constitutional provisions.