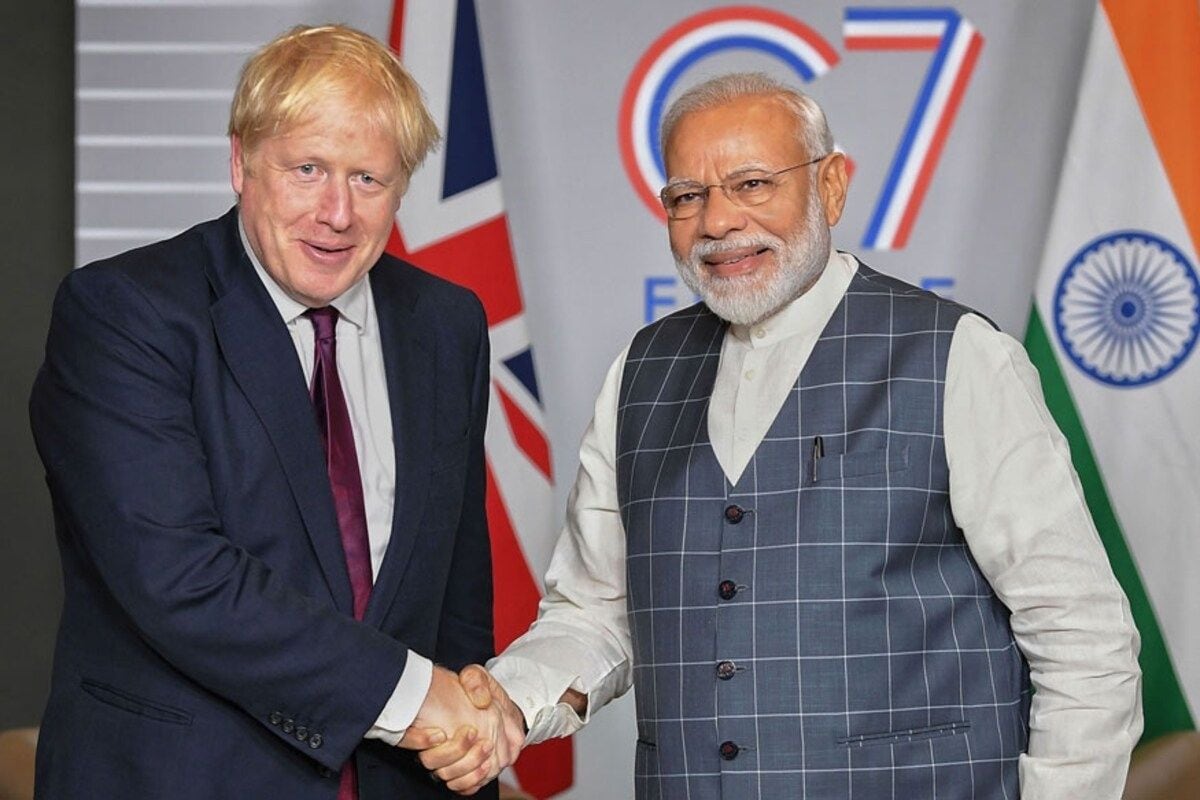 Race to the bottom: Prime Minister Boris Johnson pulled out a Labour Party leaflet from the last by-election in Batley and Spen constituency to make a point about racism during Question Hour in Parliament on Wednesday. The leaflet showed Johnson shaking hands with Indian Prime Minister Narendra Modi. That handshake was presented as an accusation to win over Pakistani voters in the constituency. Perhaps it did because Labour won by a razor-thin margin. But Boris Johnson pointed to that as anti-India racism within the Labour Party, which has been accusing him of failing to stop racism through the European Cup football. On racism, every party leader speaks from a fragile glasshouse.

Recipe for disaster: The oddest position is developing over face masks in London from next week. London Mayor Sadiq Khan has ordered the wearing of face masks on all services under Transport from London (TfL) that he controls. That means the Underground and buses. But London brings in tens of thousands of passengers also on several train services that the London Mayor does not control. It’s common to switch between one and another. People will have to learn to remember now what is legal on which train.

Chaos unmasked: The Labour Party has asked for face masks to be made compulsory after the lifting of the lockdown in England from Monday next week. Labour is trying to oppose a split not only for passengers between one kind of train and another, but also between England and Scotland, which is staying with requirements for masks. In England, the wearing of masks is recommended but not required as of next week, except where particular authorities and offices and businesses decide otherwise. The government has said that common sense should be enough. That has not always been in abundance over Covid precautions through England, most recently and dramatically at the football matches.

Covishield blues: The split between Britain and the European Union over vaccination has taken on an Indian twist after a British couple from Manchester were refused permission to board a flight to Malta because they had been jabbed with the AstraZeneca vaccine manufactured in India. The European Medicines Agency does not list Covishield as an approved vaccine, and Malta has not recognised it either, though several EU countries such as Germany have. After the furore over the “Indian” variant, now thankfully accepted widely as Delta, Indian vaccines have brought a disruption and divide that everyone believed, including Prime Minister Boris Johnson, would be avoided.​

Britain ‘systemically racist’: The race relations watchdog, The Runnymede Trust, has said in a report to the UN that Britain is “systemically racist”. That should surprise no one amongst the minorities against whom racism is aimed. The outbreak of public expressions of racist abuse over England’s three non-white players who failed in their penalty shots in the European Cup final against Italy hit the news, but others know this is simply a fact of life day to day. The Runnymede Trust, an umbrella body representing more than 100 organisations, says Britain is breaking international treaties to counter racial discrimination by failing to take necessary steps.